Dr Stella Nyanzi, the Makerere University research fellow has revealed that she had a miscarriage while in custody at the Luzira prison last week.

Dr. Nyanzi, who appeared before court with a clean-shaved head and a cannula on her hand, told court High court judge, Lydia Mugambe that she was still weak following the misfortune and requested for adjournment of her case hearing.

The researcher’s lawyer, Isaac Semakadde also asked for adjournment,to  also contended with the adjournment to help him gather some records on Nyanzi’s employment details at Makerere University.

Nyanzi claims that the pressure she got and the situation in the prison cells greatly affected her hence loosing her baby.

How she was jailed
Dr Stella Nyanzi , was arrested and whisked to Kireka Special Investigation Unit (SIU) after trying to access her offices at Makerere University.

On March 31, 2017, with an order from the appointments board chairman, Bruce Balaba Kabaasa, the then vice chancellor Prof John Ddumba-Ssentamu gave Nyanzi an indefinite suspension on allegations of attacking the First Lady and Education minister Janet Museveni on Facebook.

Before Nyanzi could enjoy her reinstation, the women activist was resummoned by they the Makerere University Appointments Board on October, 22 on allegations of insulting First Lady Janet Museveni in 2017 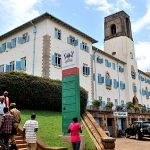 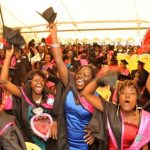 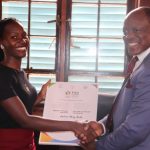