Students' love for smartphones is more than sex and money

Internet-addicted university students prize their smartphones above money, sex, lectures and TV, a survey has found.

Students would sooner give up a lecture, sex and eating out before their beloved smartphones, new research father says.

Nearly a fifth of the 1,500 students surveyed by Aruba Networks spend over five hours a day online.

65 per cent of the students own three or more connected devices.

Seven in ten use their devices to access educational emails, while 44 per cent use mobiles to take notes during lectures.

About half even said they preferred to work ‘outside of normal school hours’, stating they worked more efficiently.

Some students are also using social media to build closer relationships with students, sometimes developing their own social networking sites.

Basing on this research, universities in Uganda should aim at trialing new online services – like using iTunes or YouTube to host course materials.

Say I love you before its too late

DATING: How I became a topic of discussion after my pregnancy 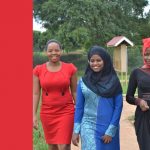