The 4th Annual Uganda Social Media Conference organised by Konrad Adenauer Stiftung  was held under the theme ” Social Media And The Prospects For Digital Politics In Africa”. A very timely discussion considering  the majority of  the Ugandan population being youth who are heavily invested in digital tools and online conversations. An interesting statistic before the conference began were the leading social media sites Ugandans are using and i was particularly shocked with the usage of Pinterest! 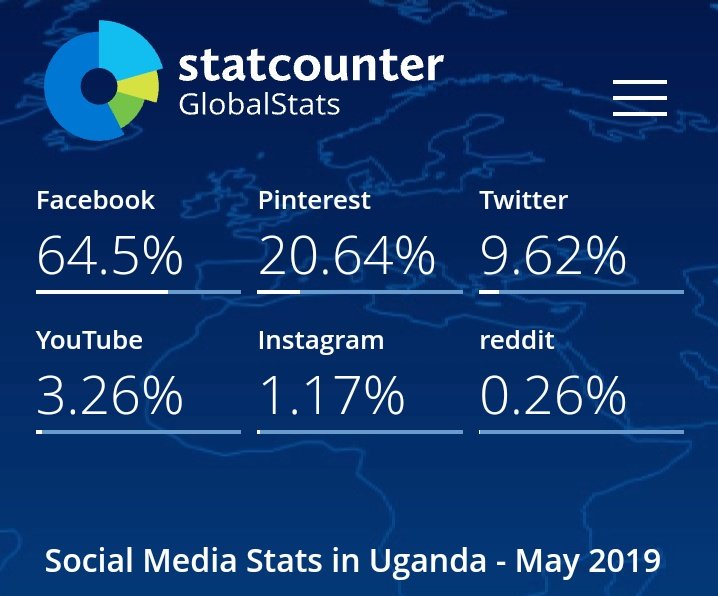 This was a clear indicator of how it is important to fact check on something before you comment and mislead people who take your word credibly.

The panel was set up of 6 distinguished Communication specialists and political analysts discussing the Perspectives of Digital Democracy in Uganda. Nanjala Nyabola, the key note speaker of the day cited how Kenyans have prompted alot of discussion around their governance online through digital spaces. Since the 2007 election led to mass killings in their country, they took it upon themselves to discuss their country’s political space online and this has led to more involvement of citizens in political inclusion and calls for accountability in areas they aren’t pleased. 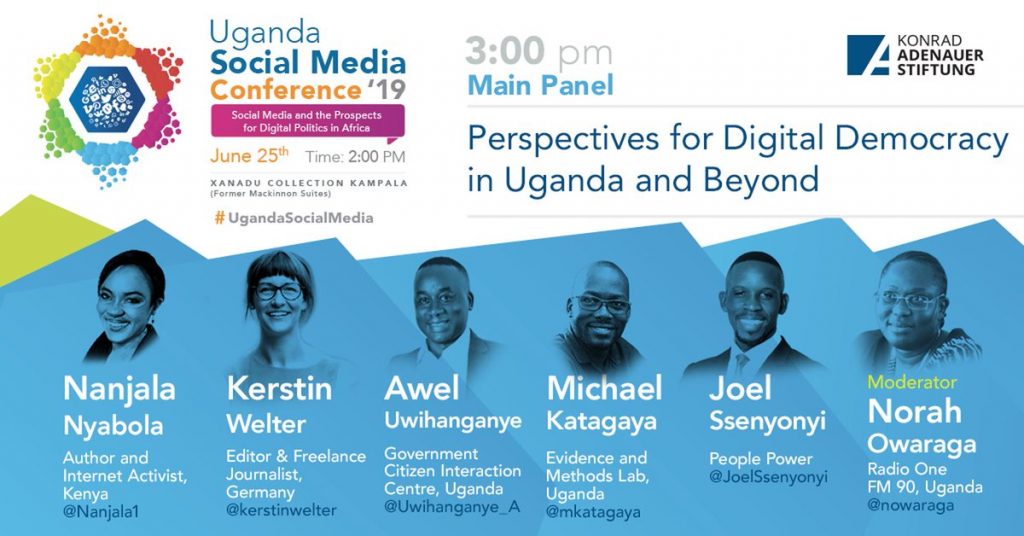 There are many online communities in Uganda where political affairs are discussed and also yield feedback from the government. In a recent case where Uganda’s Ambassador to Burundi Major Gen Matayo Kyaligonza assaulted a traffic officer, a video of this assault was posted on twitter which led to citizen uproar and the case is still being handled in court currently.

Video: #Uganda‘s Ambassador to Burundi, Maj Gen Matayo Kyaligonza with his military guards assaulting a yet-to-be named female traffic officer who stopped them after they made a wrongful U-turn in Seeta, Mukono today, Sunday pic.twitter.com/qsh86XXBzv

Joel Ssenyonyi the People Power Spokesperson was critical of the Government’s introduction of “Social Media Tax” a move he attributed to the state trying to curtail on people’s freedom of expression on political issues as well as fear of the ruling government facing criticism from it’s citizens. According to Uganda Communications Commission, since the introduction of the “Social Media Tax” internet usage numbers have drastically gone down thus narrowing the space for digital political discussions.

He however cautioned against the use of social media to spread malicious and wrong information to the public to give a wrong narrative of what is happening and inadvertently misleading citizens. Social media is a powerful tool for change and discussion and this was evident in the protests in Sudan against Bashir.

We talked to Ian Ortega who led had a discussion on “The Nerds are Now In Control” on the impact of social media in the Political Space in Uganda.