Manchester United have launched a £35m bid for Real Madrid defender Sergio Ramos, according to reports.

The Real Madrid defender is unhappy at the Bernabeu, and could make a move to the Premier League this summer-talksport

The Reds confirmed a £29m deal for Brazilian ace Roberto Firmino who is seen as a direct replacement of Sterling.

Real Madrid are preparing to make a £21m bid for Arsenal defender Laurent Koscielny to replace Sergio Ramos, according to reports.

CHELSEA face a battle to land Augsburg star Baba Rahman as a replacement for Filipe Luis with Man City and Arsenal also interested, according to reports-
Chelsea and Arsenal in London tussle for 24 year old Napoli star

There are claims in France that Arsenal have joined the race to sign Napoli defender Faouzi Ghoulam.-sportswitness

Mateo Kovacic could be next signing as Reds open talks on £21.3m deal

The Argentinian joined the Red Devils for a British-record £59.7million last summer but, after a promising start to his career in England, injury and a loss of form saw him finish the season on the bench-talksport

Morgan Schneiderlin of Southampton expects future to be resolved soon

The French defensive midfielder, 25, has been linked with a big money summer move away from St. Mary’s Stadium, the likes of Manchester United, Arsenal and Tottenham all said to be possible destinations-ESPN

Liverpool on the brink of securing a £12.5m deal for Southampton defender Nathaniel Clyne

The Reds already had a £10m bid rejected last month but they have now offered an initial £10.5m which will rise to £12.5m which is expected to be enough to seal the deal-soccerlens 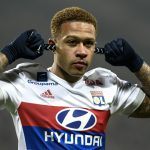 ARSENAL TO FACE KARANKA’S SIDE ON THE FIFTH ROUND WHO KNOCKED MANCHESTER CITY.