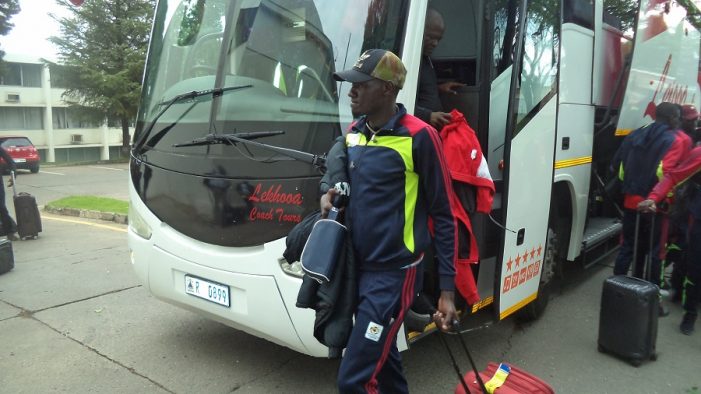 Uganda Cranes delegation on Sunday afternoon safely landed in Maseru, the Capital City of Lesotho ahead of the return league on Tuesday (tomorrow) in African Nations Cup Group L qualifier.

The group which included 24 players left the country aboard on Sunday morning on a chartered plane facilitated by President Yoweri Museveni Kaguta as earlier promised.

“We expect a good performance in the game because we had good preparations for this match. Let us pray for the best of expectations since our target is qualification to the AFCON tournament in Cameroon” Ochom stated.

‘We arrived safely and everyone is in perfect condition. The journey was good and we thank our President, His Excellency Yoweri Kaguta Museveni for the chartered flight offer. We pray that we achieve the best of results here in Maseru as we work towards securing qualification to the 2019 Africa Cup of Nations in Cameroon’ Richard Ochom added.

The Uganda Cranes who are now Group L toppers with 7 points face Lesotho on Tuesday, 16th October 2018. Uganda hit three past Lesotho on Saturday courtesy of goals from  Emmanuel Okwi and Farooq Miya in the first encounter.