Uganda Cranes continued to strengthen their position at the top of group L with seven points by beating Lesotho 3-0 on Saturday afternoon in Namboole Stadium.

The Cranes hit the wood work early in the first half with Farouk Miya shooting over from just outside the area after being assisted by Joseph Ochaya.

Lesotho could have easily grabbed the lead in the 8th minute when Hlompho Kalake shoot straight at Khalid Aucho after Cranes stopper Denis Onyango was already beaten.

Uganda finally opened the deadlock through Emmanuel Okwi when he dribbled past two defenders before unleashing a fierce left-footed shot into the top left corner.

Cranes were lucky not to concede an equalizer on 14 minutes when Kalake beat the offside trap to feed Sera Motebang who was unmarked but the move didn’t yield.

Edrisa Lubega failed to register himself on the score sheet when his weak shot landed into Mohau Kuenane hands after being fed by Miya.

Lesotho had a juicy opportunity to equalize when Denis Iguma’s poor defending gave chance to Khutlang whose shot was easily absorbed by Onyango .

Okwi was then brought down inside the penalty area and a penalty was awarded a penalty. Miya sent Kuenane the wrong way to make it 2-0, with seven minutes of first half to play.

For Uganda, Ochaya was off for Saddam Juma to strengthen the midfield, Patrick Kaddu replaced Lubega, and finally Isaac Muleme came on for Waiswa.

Moses Waiswa sent Lubega on his way who in turn crossed for Okwi to make it 3-0.

Lesotho lie third in the group with only two points from three games while Cape Verde comes second with four points after beating Tanzia 3-0 in the sane group.

Uganda will now visit Lesotho on Tuesday next week for the second leg in Maseru. 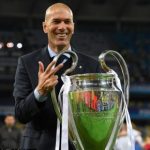 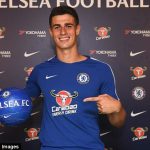