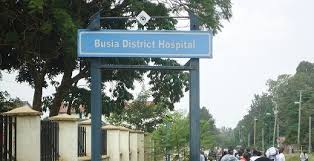 On March 4, 2020, Spark TV published a story about the most disastrous births that I have ever heard.

It looked like a normal mother’s experience when 21 year old Lilian Musanzi, a resident of Busia, Uganda left home to go to Bulumbi health centre III to deliver her baby.

However, the exercise was prolonged when the labor pains failed to occur normally and the doctors decided to induce labor.

Most doctors and nurses in health centres in Uganda especially in rural areas are either inexperienced or proud and arrogant which has put most expectant mother’s lives at stake.

It was not any different with Musanzi’s case who claims she was deliberately ignored by the physicians.

Before long, Feet first, the baby started its journey into this vicious world. “Push, Push” the once negligent physician furiously urged.

However, half-way to making full presence onto the earth, the baby got stuck. Puzzled, the midwife, catching the baby by the feet made circular movements with its lower body parts as if to enlarge passage.

This method was futile and the doctor called for support.

The second midwife deduced a Cesarean-section to prevent the baby from tiring. Bringing the blade seemed the right option but it sealed the baby’s fate into this world.

According to the mother, her attendants and eye witnesses, the child was decapitated in the process leaving the head inside the mother’s womb and the rest of the body outside.

This is the most devastating, gruesome situation that any mother would dread, seeing that their unborn baby was actually be-headed and she could see parts of its detached body!!

Police in the region have stated investigations into the case to verify whether the unfortunate death was caused by doctors’ negligence.

The state of maternal health and neonatal in Busia is still bad even after different strategies by various entities to improve the well-being of mothers.

A Situation analysis of newborn health in Uganda that was done by the the Newborn network indicated that most girls in Busia start sexual relations at an early stage which exposes them to early pregnancies.

With limited and poor facilities, the health of these young mothers and their unborn babies is at stake.

In 2014, Betty Ajambo Bwire, then woman councillor of Busitema led an initiative together with  Forum for Women in Democracy (FOWODE) to provide maternal beds to Busime HC II.

“When we decided to address these maternal health issues, we approached the District Health Officer (DHO) who facilitated us with 175 litres of fuel which enabled us visit the HC IIs in order to assess the state of health services. In addition to the lack of equipment, we were concerned about the number of midwives and attendants at the health centres,

“On realizing that our women’s plight involved moving such long distances for child birth, we decided to design a plan of action that included lobbying for delivery beds for HC IIs.”

World Vision under the Aim Health Plus project with funding from Irish Aid across the three health facilities of Dabani, Masafu and Busia health Centre IV from October 2018.

“Through the project, we set up modest neonatal care units, infant incubators and infant radiant warmers across the hospitals and this has helped save lives of the babies,” World Vision Aim Health Plus project manager, Richard Businge said (New Vision : 28th November 2019 11:56 AM)