At Farida Najjuma's restaurant, Makerere university students can get a meal at 2,500 shillings

Setting up a business to serve the community around Makerere university always comes with its packs. If students don’t loot your merchandise during the strikes, others will intentionally not pay for the services rendered.

But for a woman such as Farida Najjuma; popularly known as Hajati, with a cookery in Makerere Kikoni that heavily relies on the students’ market; she has experienced both the good and the bad sides of Makerere university students. Hajati shared her venture’s smiles and cries with The Campus Times’ Joanita Mbabazi.

Years after working as a waitress in a restaurant, Hajati decided to start up her own restaurant because she was paid little money. Najjuma supplies food to Makerere university students in the comfort of their hostel rooms.

“I began as a waitress in a restaurant in Nakulabye in 2011, I decided to become self-employed because I had saved some money from my former job and started up this cookery”, Hajati narrates.

Hajat’s food is great, affordable and reliable, says Nicholas Kalanzi, a student at Makerere university who leaves in Kikoni.

A plate of food at Hajat’s restaurant ranges from 2,500 to 3,000 shillings depending on what one wants to eat.

Kalanzi says that Hajat’s food is very clean and the hygiene at her restaurant compels him to buy food from her.

However, Hajati has not restricted her customer base to only university students, she also serves food to boda boda men, shop attendants and saloon women in this area.

Walcott Musinguzi a boda boda man at Kikoni boda stage says Hajati has customer care and serves according to ones demands.

He adds on that you cannot get a big piece of chicken at Serena at a less price than what Hajati charges for.

Like any other business, Hajati faces a number of challenges. Najjuma says she faces a problem of students who do not want to pay.

She narrates that on days when Makerere university students go on strike, it is a night mare since some students at times go astray and eat the food at no cost.

Rainy days are especially hard because customers expect me to deliver food to their places and I cannot explain to them why I did not work.

I leave work at 6:00 pm but I still have to fulfill my marital obligations to my husband, says Hajati…she laughs.

When I asked why she decided to work with mum, Najjuma narrated that young girls are easily lured by male students and disappear without giving her money of the day’s sales.

However, Hajati says that she has been able to meet her children’s school dues and secured herself a plot of land from her cookery. 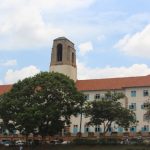 PHANEROO: Why every campuser should visit the holy place
5 Research Assistants Needed at Makerere University School of Public Health 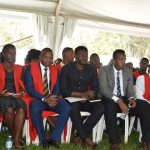