Singer Chameleone has run to the defence of his younger brother Weasel following allegations that the latter assaulted his baby mama, Sandra Teta.

“They can settle their own issues. Weasel’s family is happier than you think. Family is not a country ran by many local councils and ministers,” he said.

Chameleone made the statement at Legends Nyota Kuubwa concert at Cubana Lounge, Munyonyo on Friday, August 5.

Luke Owoyesigyire, the Kampala Metropolitan Police deputy spokesperson, had announced a search for Weasel over the abuse allegations at a press conference on  August 3.

Teta’s parents had also flown in from Rwanda to rescue their daughter from her alleged abusive relationship with Weasel.

After hitting a dead end in trying to link up with their daughter, the distraught parents begged the Rwandan Embassy in Uganda to help them link up with her.

At Cubana Lounge, the show started at 9:00pm with the Afrigo Band.

At 11:30pm, Chameleone, dressed in a bizarre Elvis Presley jumpsuit that gripped all the wrong places, went on stage before introducing his other brother, Pallaso, with whom he performed.

Out of the blue, Chameleone brought Weasel on the stage.

The audience got confused when the Mayanja brothers started singing choruses about Sandra’s love.

Weasel told the audience to wait for the wedding, saying it’s dropping soon.

Sandra was backstage, waiting for Weasel so that they could go back home after the performance.

After the three brothers finished performing, they met their mum and Sandra backstage, got into a family talk, which ended in laughter, depicting one happy family.

People who came expecting that Weasel would not perform because the Police were hunting for him to arrest him went back home asking themselves, “So when is the wedding date”? 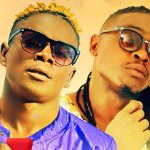 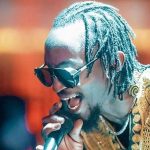