When I start to describe our physical connection, a whole month of twenty four- hour narration is but the beginning of the introduction to the tale. Until recently, I wailed in lonesomeness each time I educed those times. Well, I may say I’m over him, but the truth is; I’m not. I still burry his memories in the deepest of my heart’s chambers. At least for now, I’m clinging onto them, until someone special helps my heart thrust them out.

Now that I reason clearly, I appreciate that it wasn’t love. What we felt for each other was an infatuation; a tough lust for each other. Now that I’m not befuddled by his venomous touch, I can count the number of times he said he loved me. It was always about my firm breasts, my half-moon-shaped waist, and my sweet kisses. In my innocent mind, it was far from real that I could lay with a man that is not my husband; but I’m living with that previously inconceivable truth.

We would spend hours talking about my sexy body, about how just a stare at my thighs would meet any man’s voluptuous yearnings. Every single day, I walked the streets of my life in reckless regard of what anybody thought about me, he was all that mattered. Never in my wildest dreams did I conceive that a girl of my age, beauty and level of education, could be left by a man to raise her child alone.

Jacobs was the man any normal girl would want to have. He was a manly man. He was unruffled, rich, handsome and learned. Whenever he spoke, I did not wish him to stop. He appealed to every sense of my build. When around him, my body exceeded the power of its limits. In his eyes, I saw the beautiful children we would have together. He was everything, and anything that I would ever need in a male.

My Jacobs made me feel things words can’t style. He often asked me why I loved him, and all I could do was smile and say, ‘I don’t know. I just find myself loving you’. We would chat till the owls dozed off. Even before the termsexting was coined, we did sext every single night until temperatures changed, then we’d call it quits.

Even before we did things entitled to only marrieds, our minds flew through those fields, into worlds, the harshest of imaginations could not dare to venture. Every time we met, it was obvious we would visit the heavenly princes. My monthly consultations were an indicator that I needed to take the next bus to Mbarara. He told me that after the summit, I would not get a baby. Those bus rides were the most anticipated for.

We would never get enough of each other. Our bodies were on fire for each other. Like we were created to think about each other daily. Ours was a relationship I can describe as steamy. It was that kind of relationship where we connected like it was still the opening days of our chanced meeting.

LOVE & DATING: Jacobs was the man any normal girl would want to have added by Grace A on October 20, 2015
View all posts by Grace A →

Quotable Quote – Don’t cry because he left you
How a Kyambogo university student dated a MUBS babe
What happens when two people fall in love? 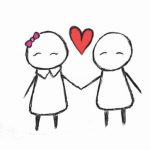 How Much Can you Sacrifice for Love?

2 Responses to "LOVE & DATING: Jacobs was the man any normal girl would want to have"