He was a tall guy, handsome and intelligent, a guy everyone could die for. Wasn’t into him coz he wasn’t my type of guy  at the beginning, this was because I couldn’t handle a guy like him.

A dream to every girl at campus. His behaviors sometimes scared me to death. He knew when he was wrong and saying sorry wasn’t a problem to him. He respected all people even my friends.

Although he had all these qualities he always put God first even before his parents. He knew how to do his stuff be it cooking, washing , cracking jokes and everything.

My major weakness about him was his hazel eyes whenever I looked into his eyes  was assured everything was ok.  He  knew when I was anger, happy, and sad.

He was a guy to die for!!! At times my friends would say  that I reached where I was going  with such a guy! Meaning “mbu natuka njendanga”.

He was my first love the greatest of all men! With him my heart was home. He had not much but with the little he had he would provide. He loved me for “whom I am” and not “what people thought of me”. I was so lucky to have him by my side.

You may think where he went……anti am writing as if he is dead or gone somewhere…., you guessed right; we broke up.

And am seeing your eyes popped out with aquestion as to why we ended the relationship. It wasn’t because of me but the fault was for both of us. He ceased the communication for two  good months and his absence was like a bitter  pill  for me to take;  so I become furious with him. I was so tired of calling him and I never wanted his lame excuses.

So I also decided not to listen to whatever he would say. And when he came to explain  everything I busted out to him seriously; though I later regretted, someone else had taken him.

By this time I had forgotten what was causing my anger back then, I lowered my pride painful and went back and apologized to him.  His pride and ego couldn’t be hurt either, yes  he forgave me but taking me back was a dream!

Time went on waiting on him to come back to me but in vain. So I also had to move on .Yes I went ahead, I went so far away… even in my dreams I would cease to see him.

I succeeded and was happy and had learnt to like where I was. And calling his name couldn’t make me turn my head anymore.

He had become so distant that remembering him was rare to me. And had deleted all his pictures, hated all the places where we had ever been together. But recently he called me saying he was sorry and I know he is sincere,but what a temptation…? I’m sorry love I like where I am! 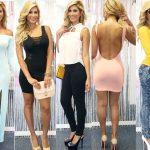 Ladies! Dress codes to Avoid for your First Date