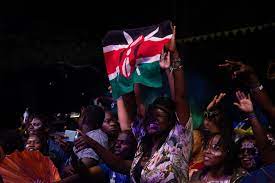 As the Nyege Nyege Festival in Jinja (September 15-18) thrilled the 4,000 Kenyans who travelled to Uganda to attend it, another team of seasoned tour operators from there was combining business and pleasure elsewhere.

The team tracked gorillas, had a safari drive, as well as wined and dined during a week’s familiarization tour.

“We are head over elbows in love with the vibrant Uganda nightlife. We partied and partied from Monday to Sunday,” recounted Anthony Ochieng, an impressed Market Destination representative in Africa .

“After a sip of waragi, an ocean of it not enough,” he said. “We guzzled it dry and punched. The gin is smooth on the tongue like a ballet dancer in motion. The effect was sweeter oratory skills, fluid dance strokes, and a happy-go-lucky attitude.”

Thereafter, the faith tourism oral literature in Namugongo chilled their spines and made them develop sweat beads on their foreheads.

The Gaddafi Mosque brought presidents Idi Amin and Muammar Gaddafi to life, the Bahai Temple was a scene to behold, and traditional beliefs are stuff to write home about.

“Faith tourism has the potential to make Uganda compete with Israel, Egypt or Ethiopia,” noted impressed Ochieng. “It felt like we met Kabaka (King) Mwanga, charred by the embers, stabbed and hanged by Mukajanga.”

Ochieng was amazed about the traditional cuisines in Uganda.

Ochieng urged destination sellers to have local drama groups do performances that are humorous and appealing like those they saw at Ndere Centre in Kampala.

“The flight was smooth from takeoff, inflight service to landing,” noted Nyokabi . “But the trip from Kampala to Kisoro by road could be made better. Internet connectivity should be a must as virtual meetings are the order of the day.”

Nyokabi hailed the Uganda Wildlife Authority (UWA) for giving 20% of the gate entry fee to communities in the neighbourhood.

“But tourists today want to see improved schools, hospitals, tea gardens, and bee hives – if they are to believe the claim,” said Nyokabi. “Video clips could suffice in this era of the internet.”

Rashid Hussein, who connects tourists to attractions in Kenya and Uganda, said Uganda’s hotel industry has improved since hosting CHOGM in 2007.

“But we are still carrying bags from the reception to our rooms,” lamented Hussein. “The staff do not bother to help lodgers learn how to swipe the doors, operate the shower knobs or call room service.”

Hussein asked the Uganda Tourism Board (UTB) to annually grade the hotels or risk losing tourists who are dissatisfied with the service in place.

Jakie Njambi of Muthaiga Travel expressed dissatisfaction with the aviation service in the country.

“We depend on existing service providers who operate on specific days of the week,” lamented Njambi. “We are stranded on days we need a flight and they are not operating.”

The UTB CEO, Lilly Ajarova, asked everybody to be instrumental in making Uganda a destination that is palatable and visible to the whole world.

“Lobby your MPs to initiate improved infrastructure connecting all parts of the country,” challenged Ajarova.

“We are destined to resume grading of hotels and train owners and staff about what is expected of them. And the hosting of events is already in full gear.” 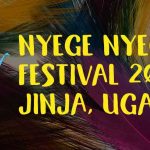