This may not sound good to the “Ate what?” supporters but the newly sworn in Guild president of Nkumba Universiy, Zalwango Madinah  is already in trouble.

Her opponents claim Madinah is undermining the powers of guild members of parliament.  The guild president is accused of letting some of her appointed ministers to start working minus being approved.

A section of MPs are not happy with the appointed ministers whom they consider unfit for guild duties. The Guild vice president, Mutebi Paul mwsigwa was formerly approved as Gender and special needs minister. And Kasujja Stella serving as the Prime minister was officially approved for another ministry.

This has caused a stir among the MPs who have vowed never to work with ministers who did not pass through their hands.

“We can not allow this to happen, if the president can not respect us, we shall censor her out”, A source from parliament said.

“We shall not respect these people because they were not approved for the positions which they are holding.”  the Guild speaker said.

The handover ceremony was held at Water Front Beach  on Thursday 9th /5/2013. 60% of the Ministers and MPs  in the former government boycotted the function due to allowance arrears. 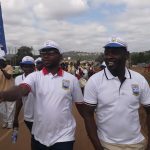 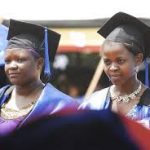