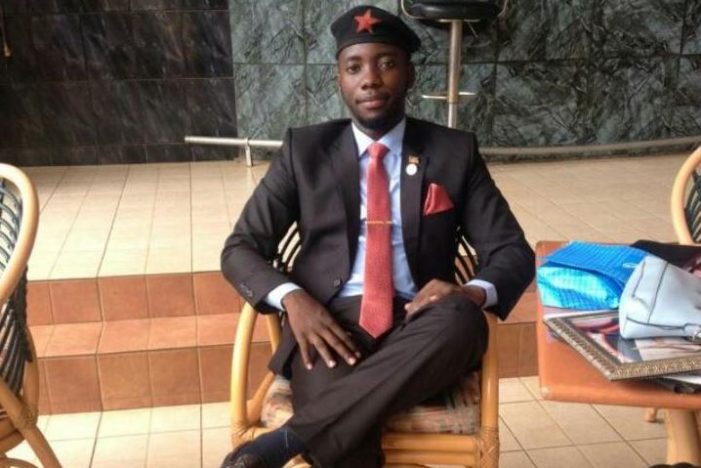 On 02nd October 2019, an impeachment took place at Kyambogo University against Jonathan Tundulu the Guild President over alleges of lack of leadership skills, mismanagement, and selfish interest. Jonathan Tundulu tried to defend himself from the allegations against him but all in vain, He even reached a point of pleading for dialogue with the GRCs […]

Students at Mountain of the moon university voted Baguma Peter as their new Guild President for the year 2015/2016. Baguma is a second Year student pursuing a Bachelor of Science in Agriculture. He beat Umikuru Felix who also studies the same course with 297 votes against 252 votes to win the guild elections. Mountain of […]

UTAMU Guild President and his government sworn in

The electoral process for the Guild student Leadership at UTAMU was finally concluded with the swearing in ceremony conducted at the University Campus this Wednesday. After a month of selecting the Electoral Commission, nominations, campaigns and elections, Akiim Ali Ojok emerged the victor and the 1st Guild President of UTAMU, beating his contender Simplisio Ariho […]

Bwowe Ivan, the Guild President of Makerere university has highlighted key achievements that his government has attained so far, according to a press release issued yesterday,”Office of the Guild President Press Release”. The press release reads as follows: The student’s leadership in its periodical Makerere community and National update, we forward the current status quo […]

Andrew Ogwetta Otto was finally sworn in as Gulu university Guild President. This came after a ruling of the petition that had been filled against him. But luckily, the ruling was in his favor and Andrew was confirmed the rightful Guild President. He emerged victorious after getting 1278 votes. He beat two others in the […]

Mbarara University of science at Technology students (MUST) voted Edgar Mulundu Wandwasi as their new Guild President. Edigar beat five other contestants in the race to be declared winner.  He is a medical student from the faculty of Medicine. He takes over from Michael Jackson Kabushenga. The handover is scheduled for next week. Advertisement “It’s […]

With due respect to the letter/memo I received from both the Dean of Students and the returning officer regarding the petition that has a unreasonable impact on the starting of work of the new Gulu University guild government elect. I’m still I my interim capacity feel I have concerns worth depositing to our attention as […]

Andrew Ogwetta Otto was announced the Guild President of Gulu university. Andrew is a brother to Aruu county MP, Odonga Otto. Andrew is a third year student studying a bachelor’s course in Law.  He emerged victorious after getting 1278 votes. He beat two others in the race. George Aligech Lapir got 804 votes Samuel Senda […]