The NRM cash bonanza will have everyone convert. Well the latest people to rally their support behind the “cash filled” party are our own celebrities.

Top musicians in the country; Jose Chameleone, Bebe Cool, Radio and Weasel, Judith Babirye, Haruna, King Saha are some of the 10 top artists in the collaboration backing the incumbent and president, Yoweri Kaguta Museveni.

It is thought that the NRM released 300m for the project with each artist banging 30m.

The song is in favor of President Museveni and is named ‘Tubonge’. The artists shot a video of the song at Namboole and are only awaiting a verse from the president himself to release the song.

Keep ears on the ground.

Jennifer Lopez: I have no shame saying I don't like to be alone
Producer Bushingtone arrested over theft

Performing artists move to tap the political period for cash

Singer Maro has been announced as the Sole Hope ambassador 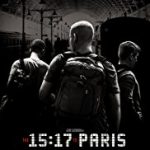 The 15:17 To Paris Movie Preview And Trailer