President Yoweri Museveni, this week on Wednesday (July 27), will launch the country’s second armoured vehicle factory in Nakasongola. The factory was built by the United Arab Emirates firm, Streit Group, in partnership with the National Enterprise Corporation (NEC), the Uganda People’s Defence Forces (UPDF) commercial arm that produces goods and services, the cars are […] 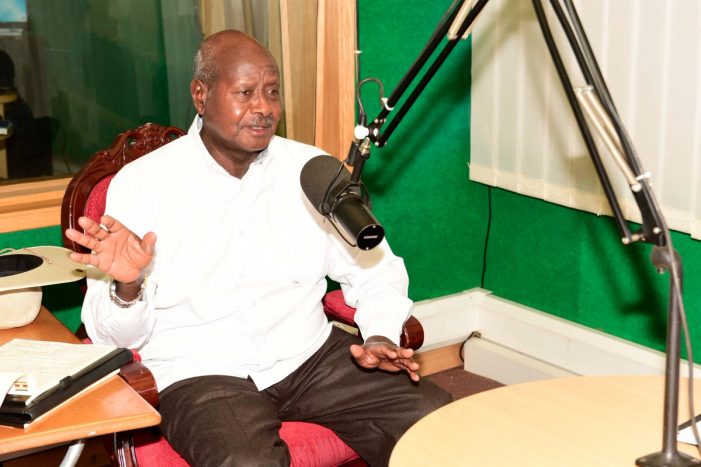 President Yoweri Museveni has thanked the Chinese Telecommunications Solutions Company, Huawei Technologies Company Ltd, for donating a multi-media tracking system to the Uganda Government. He paid the tribute at State House, Entebbe where he received the donation from the Huawei Vice President for Africa and the Middle East Region, Mr. Li Dafeng. President Museveni was […]

Youth told to diagnose society’s problems: President Yoweri Museveni has urged the university students to participate in diagnosing the challenges in their societies and help wake the population to exploit the available land resource for wealth creation. The President made the remarks on Saturday 14th June while giving a lecture to over 600 students from Makerere […]

President Museveni is ready to hold a meeting with Makerere University Staff and students  to strengthen the relationship between the institution and the government of Uganda in July 2014. “The youth of Makerere University, who constitute about 80 percent of the university community, would definitely like to meet with you at a time of your […]