On behalf of the UCU community and our publics, we regret that our students were involved in a sex tape that was released on social media and whose resulting story was published in The Red Pepper newspaper among other media.

We do want to point out that the circulating stories are not accurate.

The two male students featured in the video are indeed UCU students but the lady is not. However, contrary to reports in most media, the video was not filmed at the hostel where the students currently reside; it was filmed over a year ago at a location outside of Mukono.

The film was only recently leaked onto social media and went viral in the last few days. Of course, with rewards promised from tabloids, it is not surprising that so many have come forward to further fan the flames of this debacle.

UCU has a Student Code of Conduct distributed to every student that enters the university. According to the Code of Conduct, the students have brought UCU into disrepute. Therefore, the two students involved will face the Student disciplinary committee.

Obviously, UCU does not in any way encourage or support sexual activity among unmarried students or the creation of sexually explicit material, i.e. pornographic videos.

However, as a Christian University it is not only our responsibility to admonish these students but to also counsel them and help them put their lives on the right track.

We beseech not only our students but all students at all universities and all youth in general to refrain from sexual activity; especially sexually deviant activity. It negatively impacts your emotional, socially and spiritual life; not to mention the possible devastating physical effects.

May this incident serve as a warning that what you do in private is not as private as you imagine. Even if it does not leak to the media, it remains with you, affecting your future in ways you cannot imagine at the time. We continue to pray for our students and their families and all who have been affected by this video. 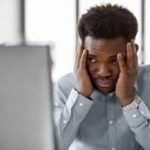