Are you dating a guy who seems difficult to open up? Are you just getting back into the dating game after a divorce and aren’t sure how to handle the “new rules”? Have you just come back from a date and are trying to decode the entire conversation?

Talking to men can seem complex at times for women and can be worse during this trying moment of COVID-19 locdown, but usually this is due to the fact that they are over-thinking it. If you want to learn how to talk to men to better your love making, just follow these easy tips.

Listen more; talk less. This tried-and-true tip in communication is one of the best bits of wisdom that you can take when it comes to learning how to talk to men. Men get bored, annoyed even, by the chatterboxes of the bunch. Listen to what he’s saying; it may actually be something important. This will give you the cues you need to move to the next level of conversation. You can also click here for more intimacy advice.

Do something together. Men cringe at the thought of sitting down for the sole purpose of talking. They don’t do it with their guy friends, and they won’t with you either. Men need a side of beer or golf to go with their conversations. Doing something active together, even if it’s just a walk, will make it much easier to talk to him because you’ll have something to talk about as a great starting point of the conversation.

Be yourself. Men aren’t stupid. They know when you are putting on an act to impress them, so don’t. Even if you slip up once in a while, it shows him that you are human too, which will make him less nervous as well. Being someone you are not usually won’t land him anyway, and even if it does, that’s a lot of work you have to keep up to keep him hooked. Just be yourself; it’s easier to talk to everybody when you aren’t keeping up a front.

Don’t forget he’s human too. You may want to impress him more than you would want to impress the President if you were invited to dinner at the White House, but that’s a lot of pressure on him too. When hanging out with him, keep in mind he’s just as human, and probably just as nervous, as you are. Don’t put any pressure on any one conversation, neither pressure on yourself or pressure on him. Just enjoy the moment.

Ask questions. Just like you want him to ask you things to get to know you better, so does he. He doesn’t want to sit there listening to you go on for hours about the girlfriend dramas you’ve been dealing with. Mention it once, and then ask him how his day was or what kind of stuff frustrates him. When you ask him questions, it gives him the opportunity to do what he wants, which is show you how awesome he is. So let him.

Let him lead the conversation. This sounds slightly sexist, but the truth is when you let him lead, he feels less pressured. Men do like to be the hunters and chasers, and when you let him start the conversations, it shows him that you are interested in hearing about his life. Don’t cut him off to interject your story; let him carry the tone and flow until you both settle into a nice little comfort zone in your chat.

Be playful or funny if you know you have a good sense of humor. Being playful during any conversation with a man sends him the message that you are easy to be with. Don’t be afraid to get a little goofy or tell him a joke that, to others, would be just flat-out lame. Doing so with ease and the ability to laugh at yourself will get him laughing too. And, just like you, men have “sense of humor” ranked very high on their must-haves. Simply put, when you are easy to be with, he wants to be with you more.

Talking to men is easier than many women make it. Releasing your expectations about always having the perfect conversation will make the process much easier. Men are human too! Although we don’t talk to them the same way we talk to our women friends, realizing that they have the same emotions that we do will help us have better communication with them. If you’ve been secretly coveting that girlfriend of yours who always seems to have a date, following these tips in being yourself, and also being the fun girl to be around, will have you talking to men in such a way that soon you will be the envy of the pack.

6 Top Signs That Your Relationship Is Coming To an End 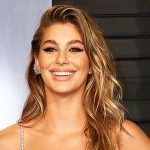 10 Tips to Rebuild a Broken Relationship During COVID19 Lockdown
Opinion of Experts: Cheaters Can be Recognized by Voice