Kampala International University (KIU)’s newly appointed chairman of the KIU Basketball franchise, Mark Ssali has promised to transform both the KIU Titans and Rangers to international standards. Ssali plans to deliver his promise in ten years.

The former national team basketball star told NTV Pressbox sports show that his decision to join KIU was backed by the belief that he should make a bigger contribution to the sport that made him.

Ssali wants to steer up the Basketball franchise at KIU to both national and continental success through winning championships locally and abroad.

‘’My target is that I would like to be able to work with the team, create a teamwork atmosphere towards certain goals. Those goals include becoming competitive in the league and on the continent with both the Titans and Rangers winning Championships and trophies here and abroad as well as becoming a very big basketball brand as a franchise,’’ Ssali said.

He added that many of his promises will yield results in less than ten years although he wants his achievements to be assessed after ten years.

‘’I would like us to have a ten-year program. Many of those results will come sooner than ten years but I would like to sit here in ten years and say look, we have finally achieved these things, ’he added

He also promised to recruit more talent in the team through the university structures and getting from elsewhere, to win trophies, attract more sponsors and partners and to have an independent home for both Titans and KIU Rangers. 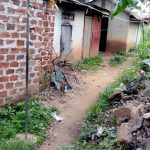