Mental Health Concerns in Uganda and How to Better the Services

Recent reports have highlighted human rights concerns in Ugandan mental healthcare. This article describes the current situation in terms of healthcare funding and provision, concerns regarding legislation, and health inequalities.

Possible reasons for the difficult situation are briefly discussed, including the economy, pervasive stigma and ongoing unrest in the region. The article describs some encouraging initiatives in Uganda that are empowering those with mental health problems to have a better quality of life and identify opportunities for change.

Uganda is a low-income country with a population of 38 million. After brutal periods of unrest following independence in 1964 it has enjoyed more stability recently. There has been significant progress on key measures of welfare and Uganda has surpassed its millennium development goals. Rates of poverty have reduced from 33.8% in 1998 to 19.5% in 2012 and life expectancy has risen from 44 in 1997 to 59 in 2014 (World Bank, 2016). While these represent major gains they are also indicators of the remaining challenges. Large areas are remote and the region suffers ongoing conflict and the effects of previous conflict.

Uganda spends 9.8% of gross domestic product on healthcare, or US$146 annually per person. Less than 1% of this goes into mental healthcare, compared with 10% in the UK (World Health Organization, 2016).

Ugandan mental health services have been characterised as inadequate, with little or no community care and in-patient services that are unable to meet demand. The World Health Organization (2006) estimates that 90% of people with mental illness receive no treatment.

The situation is exacerbated by many skilled healthcare workers leaving Uganda to work in high-income countries, reducing what had been described as a highly skilled and motivated workforce.

There is no national coverage of community mental healthcare. A network of 28 out-patient facilities can provide follow-up care, but they are thinly spread and often starved of funds for even essential medication. A 2006 survey found that only 57% of clinics had at least one psychotropic medication in each class (World Health Organization, 2006). Many users have epilepsy rather than mental illness.

The majority of national mental health funding is invested in the national mental health hospital at Butabika. It was established in 1955 and has 500 beds, although there is frequently overcrowding. Its annual budget is US$2.25 million and it has approximately 430 staff (Emerald Project, 2016). There are no data regarding average length of stay or diagnostic mix. There are no reserved areas for children.

Significant concerns have been raised about conditions, including detention without assessment, the prolonged and dehumanising use of seclusion, and very low levels of specialist staffing. The Mental Disability Advocacy Centre (MDAC) released a highly critical report in 2014. It highlighted the conditions of seclusion rooms, with many having no toilet, meaning that patients are forced to lie, often naked, on the same floor that they urinate and defecate on.

The report also highlighted improper admission processes, with no distinction being made between compulsory and voluntary admissions and the lack of psychological interventions and heavy reliance on pharmacological treatment, often with severe side-effects (Mental Disability Advocacy Centre, 2014).

Services of all types are disproportionately concentrated around the capital, with those living in much of the country having little access to mental healthcare. Reach out to a therapist at BetterHelp.com

A number of factors undoubtedly interact to perpetuate this situation. The economy is crucially important. Uganda has made significant strides in reducing poverty over recent years and this has translated into greater investment in healthcare overall.

However, funding remains low by international standards and the proportion allocated for mental healthcare disproportionately so.

Many countries fund mental health services at around 10% of overall health spend. In Uganda this figure is just 1% (Ssebunnya et al, 2010). In this context it is not possible to provide humane, person-centred care or even the most rudimentary care to the majority of the population. There are simply not enough trained staff and insufficient availability of effective treatments.

Demand is significant. Estimates suggest that up to 35% of Ugandans suffer from a mental disorder and 15% require treatment (Ndyanabangi et al, 2004). This is likely to be an underestimate given international norms, relatively recent high-intensity conflicts and ongoing regional civil unrest.

Several issues act to compound these problems. Traditional beliefs regarding causation mean that many people with mental health disorders do not present for treatment. Okello & Neema (2007) describe the importance many people ascribe to spirits and witchcraft in mental illness. This will often lead to individuals seeking traditional healers, or being taken to them under coercion. Traditional healing can be patient-centred and caring, but often will include such things as chaining or tying for periods while the spirits are ‘warded off’. It has been reported that as many as 80% of those within Uganda’s mental hospitals have previously been to a traditional healer, often delaying the onset of evidence-based care and exposing the individual to coercive practice.

Stigma is a powerful force everywhere (Cox, 1979; Sartorius, 2007). Uganda is no different and the evidence suggests stigma is a pervasive societal issue and barrier to treatment. Ssebunnya et al (2009) looked at the relationship between mental illness, stigma and poverty in Uganda. Detailed interviews with over 100 stakeholders in health and social care, government and the media revealed widespread stigmatising attitudes, such as this from a senior clinician:

… because whenever we are buying drugs, again they say but for who? You know, so it becomes a bit of a problem … even now in the administration, apart from us who are medical, the other people who are non-medical look at those people as mad … you know … they think it is wastage of money to buy them drugs. So it becomes a bit of big problem. (SSI, hospital medical superintendent, urban district)

It is easy to see why budgets are so low if it is commonly believed by funders that the mentally ill are a ‘lost cause’. The effects of poverty are significant also, with people who are mentally ill often not being offered employment, being unable to access credit for equipment, land or livestock, and not being able to claim state assistance. They may thus be too poor to pay for travel to clinics or for the costs of medication. Families are affected too, with relatives often having work disrupted by the need to care. Children are less likely to attend school, creating an inter-generational burden.

The minority of people who do receive state mental healthcare will generally do so at Butabika Hospital and be subject to overcrowding, poor conditions and coercion, as outlined in the MDAC report and other publications (Cooper et al, 2010). While the individual may finally receive some form of treatment, the trauma involved may have additional long-term consequences. There are no separate facilities for children. The prevalence of coercive treatment is supported by the continuation of outdated legislation that is highly stigmatising, contains few safeguards and is often ignored.

New legislation has been in preparation for some years but its introduction has been repeatedly delayed. It contains important advances, such as stipulations for a scrutiny body and mechanisms for appeal, but it still leaves many gaps, such as the lack of definition of a mental illness and the provision for an individual to be held in seclusion (often without clothes, adequate food or fluids, or other basic needs) for up to 8 days without seeing a mental health worker of any kind. The proposed scrutiny arrangements are an improvement but it is hard to see how they will be carried out, given the critical workforce situation.

There have been a handful of positive initiatives using different approaches to support people who are mentally ill and their families, with the dual aim of reducing disability and reducing poverty. Basic Needs is a charity that works to empower individuals by assisting them to set up small businesses and access training (Basic Needs, 2015). This in turn can lead to improved conditions for their families and offer the realistic possibility of accessing treatment. An initiative in Mayuge, rural Uganda, to integrate mental healthcare into primary healthcare met significant resource barriers but did report progress on the part of those supported and the development of strong service user support (Petersen et al, 2011).

The recent announcement by GlaxoSmithKline that it will not pursue patents in poorer countries and allow for much cheaper generic products is welcome in the context described above, where medications are not available for financial reasons.

High-income countries with developed and established services have many advantages and a decent level of care is generally available. These systems, however, are complex and hard to change, and often not patient focused. As Uganda makes progress with increasing life expectancy and reducing poverty, increases in mental health budgets should be possible, with a reduction in the inequality between mental and physical healthcare. If the government can pay heed to the international concerns regarding human rights (and accept the significant support on offer), improve and adopt its draft Mental Health Bill, and work with pharmaceutical companies to increase drug availability, then things could change reasonably quickly.

While the challenges are substantial, there is an opportunity for a new kind of response to mental health need that is unfettered by the expectations and arrangements of previous decades. This healthcare could be cost-effective, locally led by both community members and people with mental illness (indeed, the two overlap substantially), and most importantly be sustainable in areas where it is likely that the economy will always be an issue. This model need not be a watered down or inferior version of that in wealthy countries, but something genuinely different – grounded in communities, minimising the need for institutional care, and linking closely with functional recovery through work and family networks. 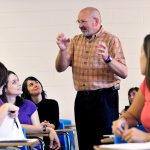 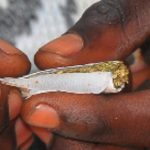 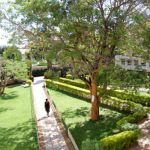