The National Resistance Movement-NRM is proposing to introduce a national school feeding programme and remove all forms of school fees for learners in public schools.

The two ideas are among the list of proposals in the education sector highlighted in the party manifesto for 2021 to 2026 which was recently launched by their flag bearer Yoweri Kaguta Museveni under the theme; Securing Your Future.

If re-elected, this would be another fundamental measure introduced by president Museveni since he instituted Universal Primary Education in the 1996 election season when he tussled it out with Dr Paulo Kawanga Ssemogerere.

He has since introduced Universal Secondary Education and abolished Graduated Tax.

The NRM argues that the programme will improve the nutrition and health of school-going children.

If implemented, this will not exactly be the first time government is providing free food to school children.

Available documents indicate that the school feeding programme was implemented in Uganda after the 1979 war, covering all schools. 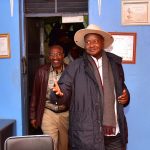 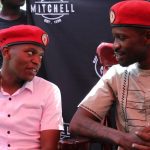