When Uganda Cranes captain Denis Onyango announced his surprising retirement from the National Team, so many football admirers were shocked and did not know how to react, except one person; the President of Uganda-His Excellency Y.K. Museveni. The president thanked Onyango, who made his debut in 2005 with a brand new Pajero Sports and a magnificent souvenir frame fitted with his iconic national team jersey.

Though gifts and rewards given in appreciation for such national and international representation should mean well, this particular one has rubbed many sports enthusiasts the wrong way. With many questioning the intention of an individual reward to sportsmen and women instead of a structural and institutional approach that could uplift the wider sports sector.

“A vehicle can only benefit Onyango, but building a stadium or increasing funding for sports like football can bring us many more Onyangos, this should not be difficult to see for a president who drums up his chest as fountain of honor” said one ardent KCCA follower.

The anger among sports lovers is because government seems to enjoy offering individual rewards to the few excellent sportsmen without responding to the challenges affecting the entire sports fraternity.

Why must a country, that boasts of political stability, 50 odd years after independence fail to have a football stadium fit for international competition.

It was in May last year, when the Confederation of African Federation (CAF) and Federation of International Football Association (FIFA) banned the Mandela National Stadium from hosting the forthcoming 2022 World Cup qualifiers, pointing out that the facility is substandard and unfit for the current global standards.

The two football governing bodies reported that the toilets, pavilion and playing surface are in a sorry state and need to be reworked to host international games.

The issue that drew attention of Parliament, was discussed in light of either Uganda playing its home games in Kenya or using the St. Mary’s Kitende Stadium, with the latter being the current available option.

As the state continues its impressive trajectory to reward individual sportsmen and women, with recent rewards going to Stephen Kiprotich, Joshua Cheptegei, and Stella Chesang for their impressive performances at global championships, there is real concern among genuine sports lovers, is that Uganda, a country endowed with talent both in arts and sports needs an institutional not individual approach to reap more from this talent.

A vehicle or house can benefit a single sports personality, but a stadium can benefit a generation of talented sportsmen and women, who can then buy themselves whichever vehicle they like. This is not even rocket science.

Some have pointed out that Sports be separated from Education Ministry to allow both ministries operate independently with close collaboration. With major sports projects like construction of Akii-Bua Stadium in Lira stalling, there is a need to ensure clean up the misadministration that has wrecked football and sports federations in the country in order to set it on an upward growth.

Onyango, who won 70 caps in his 16-year career, started his playing career like the many young Ugandan boys who chase the ball every evening. He earned his first major oversea debut with Supersport United in the South African Premier Soccer League, then Mpumalanga Black Aces, and Mamelodi Sundowns, where, he won the 2016 CAF Champions League consequently having a good run in the 2016 FIFA Club World Cup- a continental tournament.

As Onyango hangs up his gloves, he bows out with one of the ultimate bungee honours from the President of Uganda. The country might have to wait for another 50 years for a talent half his ability to emerge, for the future of football cannot be left to chance and sheer luck. The country needs to be deliberate in ensuring many young stars get the opportunity to fun their talent aflame.

He retires not only as the best goalkeeper in the history of our game, but also as Africa’s best goalkeeper ever, an award he won in 2019. Many still wish we can build a full modern stadium and name it Onyango Stadium; unless we think his vehicle can drive all over Uganda to deliver top talent that can win Uganda many more international accolades.

Writer is a Communications Practitioner, aka African Peter Drury. 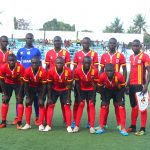 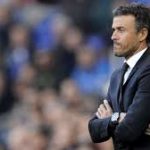 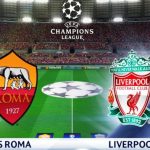